I had been dreaming about living in the Western Balkans for quite some time already, in particular in Bosnia and Herzegovina (BiH). It wasn’t the kind of dream you tell everyone about, but more like one that comes out from your pillow when you go to sleep at night. I wanted to get to know the Bosnian culture, the history, and personal stories. Something else that triggered my interest is the fact that parts of my own country, Italy, have so quickly forgotten about a conflict which happened less than 25 years ago in a nearby country. However, I have discovered that many Italian people have actually been working together with BiH to win back peace and justice. I had been studying and reading about the Western Balkan region for a good part of my academic adventure, and then magic happened: I got accepted for an internship at the Post-Conflict Research Center (P-CRC) in Sarajevo. 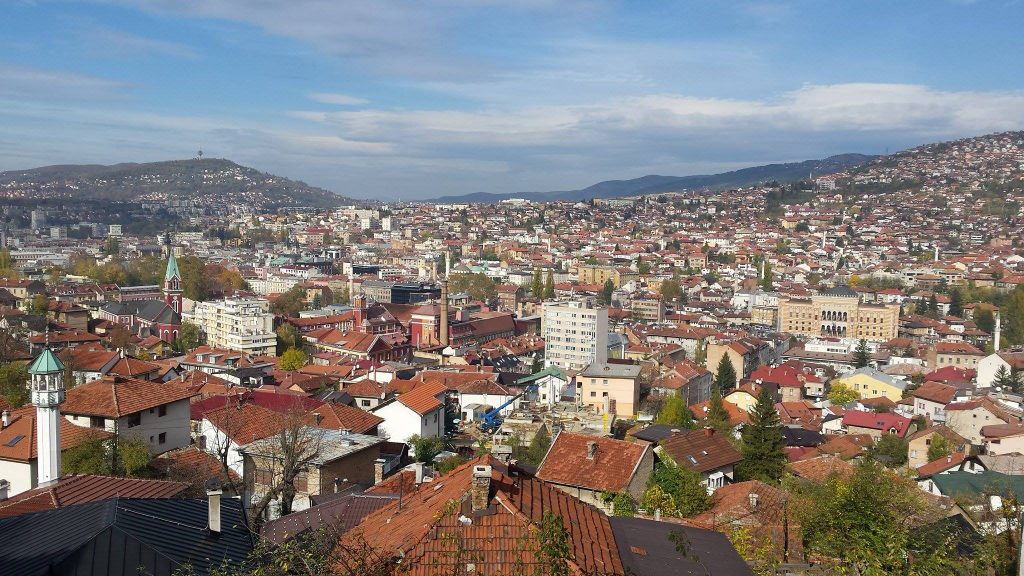 P-CRC is a small NGO founded by Velma Šarić and Leslie Woodward, two brave and amazing women who a few years ago felt it was necessary to establish an association dedicated to restoring a culture of peace in BiH and the Western Balkans in general. What is interesting is how they planned to do that, namely through peace education, the creative use of multimedia, as well as conflict prevention and post-conflict research. What I personally find the most interesting part is P-CRC’s multimedia outlet, called Balkan Diskurs. It is an independent media outlet where articles from various correspondents are published. Authors can be staff members, interns (like me), or youth correspondents. The latter group consists of young people living all over the country who would simply like to tell a story they care about. Thanks to P-CRC, they learn more about investigative journalism. For example, how do we write a good article – one that is critical but also non-partisan? How do we conduct an interview? And how do we critically engage with regional media sources?

The youth groups are gathered together in Sarajevo to learn more about the important aspects I have just mentioned, and to spend quality time together. Again, one must remember that all of this is happening in BiH, a country which was shattered by war not more than 25 years ago. Participants and youth correspondents often belong to different ethnic groups, or live in a small town in the country side, never having seen how life is outside their nutshell. So, P-CRC’s contribution can be instrumental to foster inter-group cooperation and, more importantly, to give them a broader experience of their own societies. I had the chance to interview some of the youth correspondents, and it was priceless to hear their personal stories about breaking stereotypes and inter-group stigma. 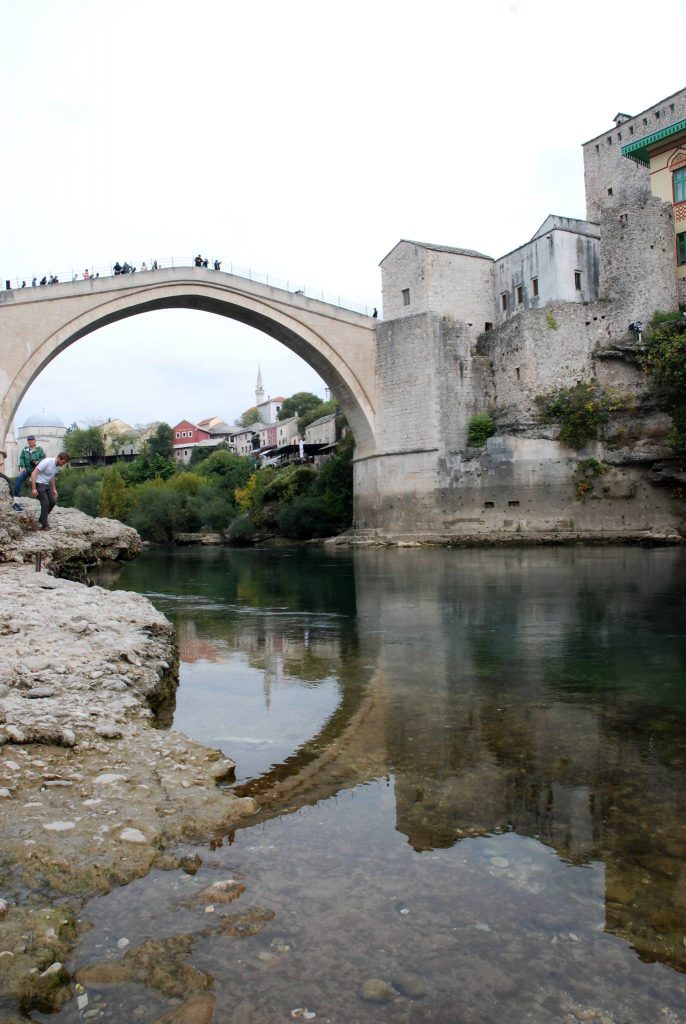 As I previously mentioned, I also write articles that will be published on Balkan Diskurs, and shed light on interesting phenomena. One of these is an interview with a representative of Girls Coding Kosova, an NGO based in Pristina (Kosovo) which aims to educate young girls regarding coding and programming – showing everyone that this is not necessarily a men’s job (and neither is any other job). Furthermore, the NGO implements creative projects aiming at fostering intergroup cooperation in Mitrovica, a deeply divided town located in Kosovo. I think it is important to share positive stories of grassroots movements which aim to foster durable peace. Else, we risk forgetting that the liberal top-down approach to post-conflict societies is not the only option. External actors are extremely important and necessary partners in such projects, but local ownership is essential here.

Next to that, I help P-CRC in their daily tasks, such as representing the organisation during ceremonies and conferences, or during on-site visits or social media. For example, we visited the headquarters of the International Commission on Missing Persons (ICMP) in Sarajevo. There, we received insights into the importance of giving victims’ families peace even after all these years, through identifying bodies recovered from mass graves following the war, and also about the many obstacles it faced, and the victories it won. An aspect that I found particularly interesting is how the identification of missing persons has been heavily politicized as well as ethnically divisive. Indeed, different political entities (both from within and outside BiH) had their own institution for identifying missing persons, which had trouble cooperating with each other. As we heard at the ICMP though, their work is not about the stories of the dead, but about those of the living. The transition was not smooth, but eventually cooperation has been reached. Up until now more than 75% of the missing persons have been accounted for in BiH, or about 23.000 persons.

We also visited the International Criminal Tribunal for the Former Yugoslavia outreach office in Sarajevo, as well as Transparency International BiH, and the national court of BiH (more specifically the section for war crimes, organized crime, economic crime and corruption). Each visit was unique. Throughout their years of activity, P-CRC has established links and connections with various organisations within BiH. It is unlikely that a group of international interns like me and my fellow interns would have had such interesting meetings without their help. 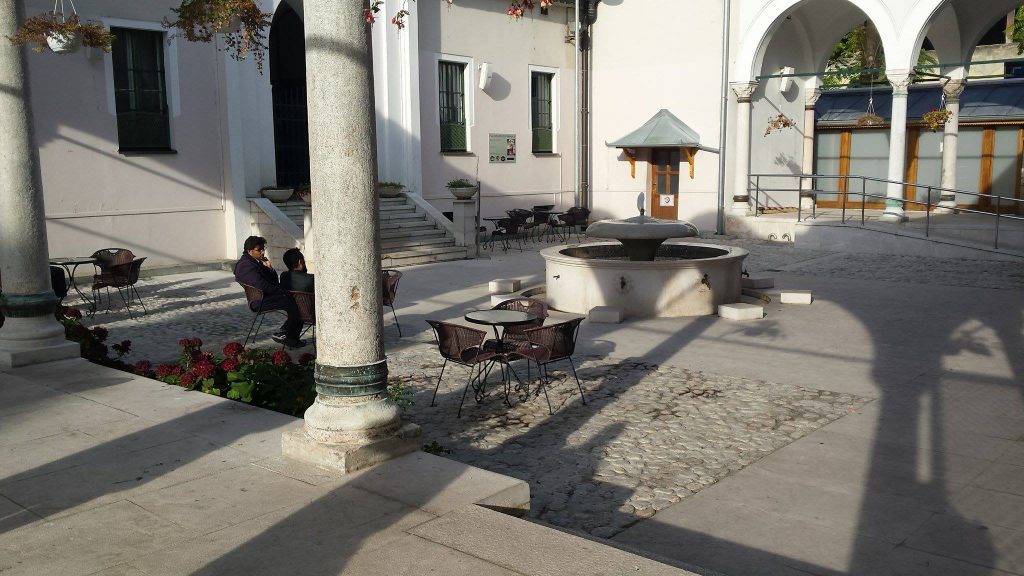 At first, it could be difficult to understand how my internship could have any relevance to Peace and Conflict Studies. Well, let me tell you how! Local NGOs are important actors in the peacebuilding process, as they work tirelessly in post-conflict societies every day, and tell stories that should not be forgotten but rather remembered and used to build a better future. Inter-group cooperation is sometimes complicated by nationalist political parties, or extremists taking advantage of fear and forgetfulness, which makes memory an important pillar of peacebuilding efforts. I believe my contribution is mainly about easing the work of one of these NGOs with small daily actions, but which can have a great impact. Could I have done something with a more direct impact on society? Probably, yes. I do believe, though, that every action which facilitates the work of someone working in the right direction of sustainable peace is definitely worth my time.